TALK NERDY TO ME 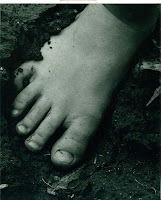 A grandchild of mine was accused, some years ago, of being a “Nerd” because she played War Craft, read and reread Lord of the Rings, and got hooked on TV shows like Fringe and the X-Files. I wondered about this label at first, because she’s bright, outgoing and swims in a sizeable pod of friends. Then I realized that although the term “Nerd,” is fairly new, the profile remains the same. It’s an inherited condition, even unto the second generation.

My husband was always neat, even, his mother told me, as a child, a born organizer. The system might not always be apparent, but he will explain it to you, and he will back his preferences with inescapable logic. He built and flew model airplanes through adolescence, and in labeled boxes in the basement, beside his mourned for, obsolete darkroom, are the engines. I have not the least doubt they could be resuscitated.

After we married, he worked as a programmer. For fun, he spent a decade studying Ansel Adams’ Zone System. He could bring a loud party with the latest Stones album and a fresh jug of Mateus to a stand-still in five minutes if given an opening. His photography, as he practiced it in darkroom and with endless test sheets and kitchen table grokkings, was inspired. As a result, we’ve got rafts of wonderful pictures of our growing boys.

As for me, I was an only lonely child living in the country. Nearsighted, (“Lizzie Lens” was the standard ‘50’s joke) it was easier for me to read than to relate to a world of other children I couldn’t quite see. I hung out in my imagination, creating an entire world ruled by dogs; I drew charts of their dynasties. Oddly, the dogs rode horses, and I had a box of plastic and china stand-ins. Later, I cut to the chase and simply sat on the floor and talked to myself. When I was little, this was called “good” behavior. As I grew older and the habit of talking to myself continued, Mother had second thoughts. All of a sudden—or so it seemed to me—telling myself stories all the time was “weird.” In the fourth grade a Bambi fixation drove me to write a play–I guess you’d call it “fan fic” today–which was performed by my class. I’ve always been vulnerable to historical biography. I began with Davy Crocket, but by the time I was eleven, my affections had fastened upon Alexander Hamilton. This was a fairly odd choice for a crush in the age of Elvis Presley.

Next — granddaughter’s parents. Here we have a Nurse Practictioner and a ramblin’ wreck from Georgia Tech who is–no doubt about it– A Helluva Engineer–the kind who devises break-through software and whose basement ceiling is singed by experimental salutes to Ol’ Nick Tesla. So, when this grandchild puts on her “Talk Nerdy to Me” tee shirt and heads out to play Trivial Pursuit or computer games at the local teen hang-out, I feel a warm glow. She’s a member of Our Clan.

.
Posted by Juliet Waldron at 7:05 AM No comments: