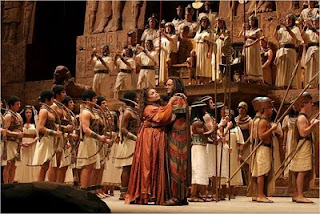 Out All Night With the Grand Marquis 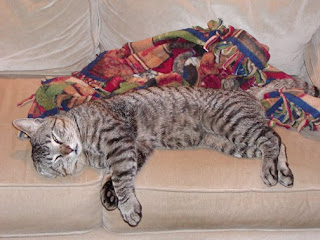 This has become a catch phrase in our house, applied to people who have been out all night partying—perhaps in scandalous ways. We got it from an advertisement, which I don’t think was ever shown on this side of the Atlantic. It featured a long skit, a divorce trial with a dishy, elegant brunette on the stand. The prosecution lawyer declaims: "She was out all night with the Grand Marquis,” eliciting a gasp from a packed courtroom. The camera pans in on the front row of spectators, and we see a debauched 18th Century aristocrat, silken legs, heels, make-up, wig and all. Next, there is a fast cut to the latest Grand Marquis—a smooth, sleek, ultimately made-in-Detriot automobile—with the brunette at the wheel, driving fast. A voice over passionately tells us all about the car's many new, luxury features.

We thought it was a very clever ad. Me particularly, with my 18th Century hang-up.

Oddly, this is my preamble to another cat story. As you may know, we’ve acquired another. (Actually, he acquired us.) He decided to live here during the winter about two years ago, after searching the neighborhood for an amenable house with an attentive kitty feeder/doorperson. My husband and I proved to fit his requirements to a T. One or the other of us, we’re up and down all night, turning on lights and wandering around at 1 a.m., at 3 a.m., at 4, and maybe 5 o’clock, too. As we are already awake, we can certainly open doors if his Lordship wants to come in during the night for a munchie, a pat, or just to crash on the carpet behind the speaker for a few hours. When he stays out all night, and comes in late mornings, he looks as if he’s really been out with the original Grand Marquis—the old, depraved 18th one—at some drunken hell-fire club.

His kitty eyes are blurry and rheumy, and a long ago injury shows up in a limp which he doesn’t display when he’s fresh out of the sack. He gives us a perfunctory leg rub, then makes a few face-first slams into the crunchie bowl to bolt a few down. Then he’s off to the nearest couch, bed, or warm chair to sleep on his back and drool for the next six hours.

Posted by Juliet Waldron at 3:46 PM No comments: 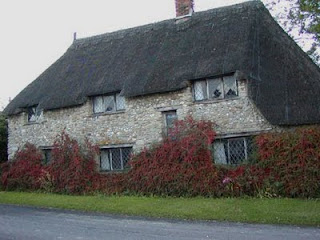