Happy birthday to William Shakespeare—at least—as far as we know, the 23rd is his natal day. I was planning to write something about him this weekend for Possum Tracks, but other memories butted in, so I’ll try to combine the two. 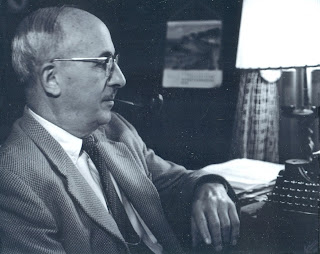 I met The Bard early because my Grandfather Liddle was a professor of English.  Shakespeare, Milton and Chaucer were his specialties. The latter two (particularly Milton) have sunk in reputation and in student interest here at the end of the 21st Century. Milton's star, for various reasons has waned. Perhaps, (as I’ve heard Mrs. Milton complained) because he’s constantly lecturing.  In Chaucer’s case, it’s language that's the problem. Let's face it, the 1390’s were a far poke back into the mists of time. Therefore, if you try to read Chaucer just as he wrote it, luck and/or imagination will only get you so far. Sometimes, you’ll need help translating, which is not totally surprising when you realize that English and German had, just some 500 years earlier, parted company.
Anyhow, Grandpa was the one to introduce me to Shakespeare. He read Charles Lamb’s Tales From Shakespeare (1807) while sitting in his favorite corner chair in the good light from the living room windows. 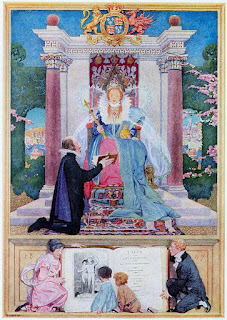 
Grandpa taught at Antioch College in Yellow Springs, Ohio. He’d arrived there in 1927 from Princeton, New Jersey, where he’d just finished his doctorate. He came with his wife and three daughters during August of that year. One of the girls wasn’t yet a year old, but because a house wasn't available, the family lived in a tent in the Glen near the Cascades, a pretty waterfall on the Little Miami.  Grandpa walked to the college most days.

Professorial colleagues, coming on horseback to welcome them to town sometimes missed both of them, even Grandma, as she and the girls were often down by the water while she did the laundry in the creek. When she returned, hauling the few things she took down every day—including—consider this, oh ye 21st Century Moms—diapers—she’d find calling cards pinned to the tent flap.  My grandparents lived in the glen till October and were very happy indeed to put an end to their extended camping experience and move into a fine four square house on Xenia Avenue. For the rest of his stay on earth, every day Grandpa walked the few blocks from that house to the college. At least in my imagination, this was the most idyllic existence a person could devise. 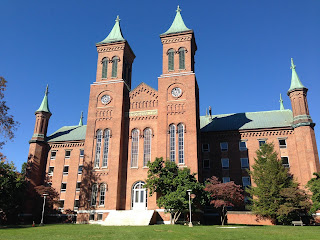 But I digress, thinking about home and family. Back to The Bard!  My grandparents took me to see Shakespeare performed at Antioch, in a summer theater under the stars. The stage was set up in front of the iconic main building.  The actors were a mix of professionals and members of the theater department.

The leading roles of the courtly lovers—Lysander and Helena, Demetrius and Hermia—were actors of just the right age, shining with youth and excitement.  My first Shakespeare play  was to be A Midsummer Night’s Dream. Twilight crept across the broad campus and pooled darkness beneath the grand maples. The stars emerged behind the Main building as the lights came up on stage. With those gothic towers for a backdrop--and accompanied by the proper Mendelsohn--I entered the poet's magical world.
Some years on, my grandparents (on one of grandpa's last sabbaticals) took my mother and me to Stratford-Upon-Avon. Even better than that, the play at the theater was Richard III! There’s a kind of dirty, underground thrill for a Ricardian* while sitting through that classic "Shake Scene" from the Tudor propaganda factory. Christopher Plummer, then 32, played Richard. One snag—the only performance I could see was that very afternoon.

However, I was fifteen and not faint of heart where anything "Richard" was involved. I joined a group of other school kids and got the tickets that allow you to stand in the back, which is what we did, leaning on the wall behind the last row of seats for the next three hours. I was so excited that I hardly noticed something that, 50+ years later, would cause a certain amount of suffering. I remember being close to ecstatic when I arrived back at the hotel where we were all staying and talking about the performance all through supper. 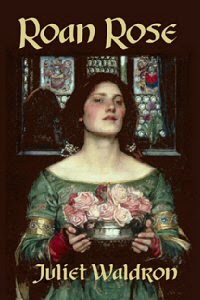 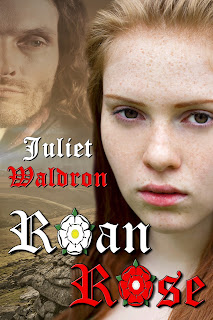 (My own Ricardian thing culminated in Roan Rose.)
A few years later, Grandfather would answer my questions about King Lear while I was facing my A levels. At least,  as much as he ever "answered", for he was, by temperament, a Socratic.  You often received another question instead of an answer, but it was always a good one, the kind that sent me and the rest of his students into further mental wrestlings.  And, believe me, at the same time I was horribly nervous and embarrassed to be entertaining Herr Doctor Professor with my own little-girl, borrowed-from-literary criticism notions. 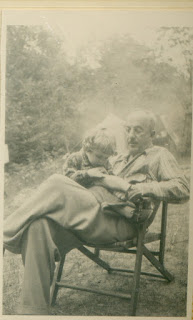 And so, perhaps a little weirdly, Grandpa Liddle and William Shakespeare are commingled in my imagination and in my memory, too. (I always thought they sort of looked alike.) Nowadays I'm older than Shakespeare was when he passed away, but I guess I'll never stop being amazed at what I can still learn from the characters he created and the stories he told. 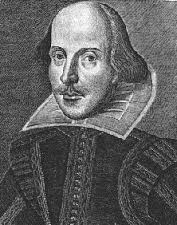 
Take a look at these other cool blogs by Books We Love Authors: