A Quilt, An Heiress, and A Spy 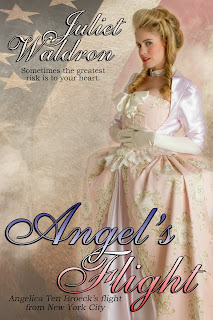 Set in the Hudson Valley during the Revolutionary War, it's roughly 100 years since New Amsterdam became New York, but the life styles and folkways of the original Dutch settlers still lingered in the little valleys upstate.  In the early 19th Century, Washington Irving would make famous his quaint, winking tales of the Hudson Valley Dutch, such as The Legend of Sleepy Hollow and Rip Van Winkle.

Where he saw humor, I saw a marvelous starting place for a historical romance, among these hard-working Americans With a Difference, people who did not live entirely in accordance with the more familiar English tradition--some, my ancestors.

"Angel's Flight" tells a story with many threads, the mingling by marriage of the Dutch and English and the terrors and hardships of our first Civil War, where friends and families found themselves violently thrust onto opposite sides. There is also romance--Jack, with his multiple personas, is soon unmasked as a spy and a formidable soldier. His world, however, will be "turned upside down" by passion for a fair rebel. 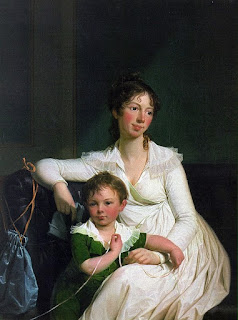 The Blue Bird Quilt is a hymn to quilters everywhere. Angelica, the heroine, hunted by men and events through the ruins of her own once comfortable, New York world, tries to keep her sanity by collecting pieces while even escaping one peril after another on the road up the river. She will, with only her needle, return a world ripped apart by hatred to a new, harmonious and beautiful whole. 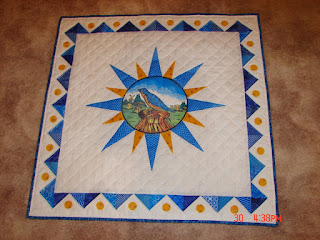 See this talented quilter at:
http://juliekquilts.blogspot.com/


Angelica hated it when Tories made fun of General Washington, a gentleman whom she’d been honored to meet. George Washington was the noblest—and absolutely the tallest—person she’d ever met. He had looked invincible seated on his steel gray stallion. With grave civility, he’d doffed his hat to her as he’d ridden past, accompanied by two smartly uniformed aides de camp.
“I did not intend to mock your general, miss. I think he is doing the best a leader can, without supplies or any trained soldiers. There are famous precedents in military history for his strategy, you know. Fabius was a Roman general who saved the lives of his men and finally wore his enemies out by running away. However, while your modern Fabius runs, the civilians of America are in terrible danger.”
“I know all about Fabius,” Angelica replied haughtily.
Jack’s response was to chuckle and shake his fair head, apparently amused by the dogged way she kept up her argument.
“You should read The Farmer Refuted.” She cited a patriotic pamphlet that had impressed her Uncle Jacob. “The author had a wonderful grasp of both Judge Blackstone’s work and the famous economic philosopher, Mr. Postlethwayte—”
“Good Lord, miss!” Jack burst out laughing. “By God, Armistead is right about one thing. This is a most amazing country! I’ve never, ever, had the names—much less the virtues—of either dry-as-dust scholar brought up to me by a beautiful woman before.”
Angelica pulled her arm away from the pleasant resting place it had been enjoying in the warm crook of his. “And why shouldn’t a woman take interest in the fate of her country?”
“I would never say that,” Jack replied, cheerfully capturing her hand again. He attempted to bow an apology over it, but she pulled away. “Peace, however, is the proper preoccupation of all womankind, for peace is necessary for the nurturing of children.”
“And, therefore, war is the proper interest of mankind? The cruel and pointless sacrifice of our sons as—as a sort of blood sport?”


“By God! You are indeed a philosopher!” Swiftly, he captured her hand once
more. “I thought Dutch women were like their German cousins—interested in little but babies, church, and cooking, and here you stand, arguing like a lawyer--a good one.” 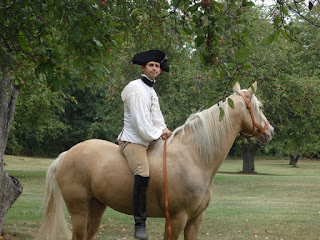