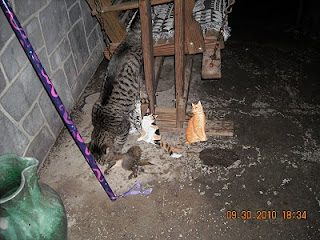 I know, the time of year for this has passed—or has it? Zombies today are season-less, rather like basic black, especially to what used to be called “the youth of today.” I haven’t met a kid out of diapers who doesn’t know what a Zombie is, but back in the ‘50’s, this wasn’t so.

Although it might seem amazing to today’s sophisticated mini-consumers of entertainment, Zombies were something I lived without until I was nine. My parents took us on a trip to Bermuda that April, when it was still snowing relentlessly in Upstate NY where we lived. In this vacation spot, I met lots of little city slickers from New York, sophisticated in the darker things, who told me all about Zombies. I think they had more exotic TV in the city, and had perhaps been treated to a Saturday afternoon showing of the Hollywood classic, I Walked with a Zombie, which, beyond the black and white horror film aspect, is a pretty good compendium of basic Zombie lore.

After they’d filled my head with these stories, I had an awful time going to sleep. In those days, some emotion or new concept would get into my head, and I’d experience a freezing, terrifying something akin to a panic attack. I was extremely glad we were on the third floor in that hotel. From what I’d just learned, Zombies weren’t too bright, and so I reasoned they would probably find enough prey to sate their unnatural needs on the two floors below mine.

I was glad I had learned about Zombies when my parents began to travel even farther afield, pretty far, actually for the 1950’s. The winter we spent in Grenada—the stated reason was that my mother had chronic bronchitis—we stayed in a guest house on a point overlooking the bay. There were kids living there with their hotelier parents, a family of four. We played when they got home from school every day. Being proper little West Indians, they knew all about Zombies. I might have lost face worse than I did otherwise if I hadn’t known about them. The creatures the little Grenadians were surprised I’d never heard of were werewolves, which they called Loupe Garou. (I think this is a Haitian expression.) At any rate, they believed that Loupe Garou had first appeared on Haiti, along with the Zombie. It was from that dark birthplace that they’d spread all over the world.

Undeadness is the Zombie’s most repulsive, hackles-raising attribute. As omnivores we should probably forgive their fondness for brains, which are a great source of nutrition. Americans don’t eat them much, but our frugal ancestors did, and most carnivorous animals certainly do. Whenever our well-fed Katter Bob catches a mouse or whatever unlucky rodent, he always begins at the head.
Posted by Juliet Waldron at 4:06 PM No comments: 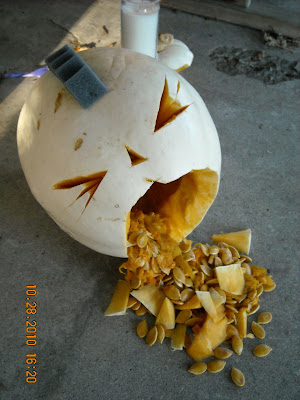 By the way, B0B doesn’t seem as inclined to catch such dangerous prey as squirrels now that he has a reliable, comfortable crash pad. He did bring me three tails this summer—he lays his trophies, like scalps, out on the porch—but that was nowhere near sufficient to stem the tide. If we were a little farther out in the country, I swear we’d be regularly eating Brunswick stew!
Posted by Juliet Waldron at 4:23 PM 2 comments: