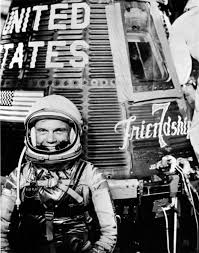 It was on February 20, 1962 that John Glenn, a Marine pilot who'd flown 149 missions during World War Two and the Korean War, completed his historic three trips around Planet Earth--as "spam in a can."  It took a heck of a lot more nerve and balls out skill to survive those earlier military assignments, I'm sure, but it was for the orbital flight of the tiny Friendship 7 that he attained fame and a ticker tape parade. Such are the ways of popular culture, but he was the first American to orbit the Earth and the third American in space. 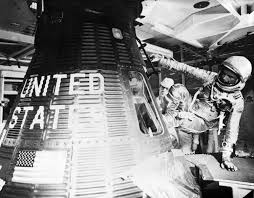 Spam in a Can

John Glenn went on to serve his country in the Senate for many terms, as a Democrat from Ohio 1974-1999. No "come here" politician, Ohio was his home state. He'd been born in Cambridge, Ohio in 1921 and attended Muskingham College, where he studied mathematics. When the attack on Pearl Harbor brought the US into World War II, he dropped out of college and enlisted, first in the army and then, after not being called up, as a Navy aviation cadet. He was an old style gentleman, married to his childhood sweetheart for 70+ years, a staunch supporter of the social safety nets for aged and less fortunate Americans, as well as a lifelong advocate of NASA and of first class science education in the kind of well-funded public schools that kick-started his own career.  (Contrast this with the politicians we elect nowadays -- lying, self-dealing confidence artists -- and feel sorry for yourselves.)

I was in boarding school in England when all this happened, so wasn't stateside for the hoopla, although I soon learned about it, from the teachers (mistresses) at tea time when we all sat down together. (Don't get any big ideas about "tea" at 1960's boarding schools. In those days it was brown bread and a single pat of butter, and several cups of hot tea--and that, dear readers, was all there was to eat until morning, where we received the same tea and bread all over again.) At any rate, the news made me happy. It was about time our power house country caught up with those "Ruskies!" 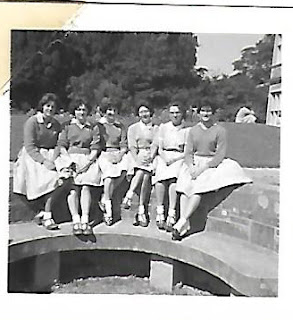 In the '60's, kids like me were called "children of broken homes," and mine certainly had been, with violence and betrayal, via a divorce granted by some southern state which deemed child support unnecessary. Nevertheless, I remained proud of my nation, though my classmates, whose parents remembered the great days of the British Empire, often scoffed. When I heard the news about that orbital flight--me, the solitary "Yank" walking the 45 degree halls of the grand old buildings where we boarders  housed--I experienced a chest puffing moment of national pride!

One evening soon after, I stood, wrapped in my robe, in the top floor hall where three flights of stairs ended. I sang "America the Beautiful" as perfectly as I was able. My voice, of which I was proud, reverberated nicely inside the space. Though I was far away from home, alone, with no support on any side, I was, on that long ago day, proud to be an American and not afraid for anyone to know it.

So, with the passing of John Glenn, another chapter in my own old memory "copybook" closes, one of a more hopeful time. As Scott Carpenter -- now the sole survivor of the Mercury Missions  -- radioed on that day in 1962 -- "God Speed, John Glenn." 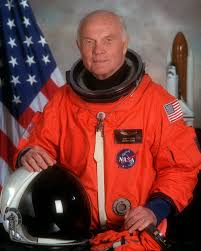 All my historical novels are

Alexander Hamilton and his Betsy--their story at:

Posted by Juliet Waldron at 8:41 AM 2 comments: