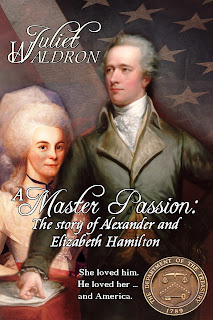 buy the book!
"...the rich and fascinating life of this poor-boy-turned-statesman is entertaining
and vivid..."
Jerika, Amazon Reader

Old folks wander in the night. We have a host of dark hours’ issues—bathroom visits caused by decrepit plumbing, early a.m. wakefulness, aches and pains which require a get-up-and-stretch or—perhaps—an analgesic and a cup of herbal tea. Snoring, wakefulness, illnesses and a whole host of things, a decade back, brought my husband and I to move into separate sleeping quarters, in an attempt to score the now mythical “good night’s sleep”. In our house, too, there are cats who multiply the night time Alarums and Excursions.


B0B is our tiger boy-from-the-hood /spy-who-came-in-from-the-cold. Old habits die hard, so he still keeps a paw in the local night-time goings on.  As spring arrives, there are bunnies, voles, and mice on the move again, more especially their feckless young, which make easy prey.   We wouldn’t know about that, of course, in our human cocoon, but B0B does. He’ll stand on my husband’s chest and meow if he wants to go out. 3 a.m. or 4, he really doesn’t care how you feel about this, especially if there is an enemy abroad, such as the young neighbor tom now leaving some sort of smart-ass gangsta tag on a nearby tree or trash can. 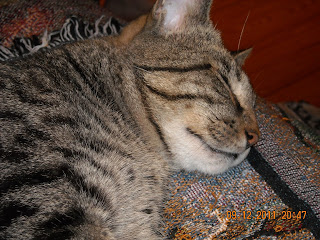 No! This Will Not Stand! As soon as it comes to his keen nose’s attention, B0B has to get out there to rectify the situation by adding his own p-mail counter message. If the other guy is still around, that can lead to a confrontation, resulting in Miau-geschrie as Mozart describes the sound, or Katzenmusik, as Google Translate does.


Another feature of nights in this house, I may be a grandma, but I confess I can still wake up screaming from a nightmare, a thing which exasperates everyone else who lives around here, from my husband to the cats. Some past life experience, or, maybe, some random programming from deep within the ancient brain stored at the top of my spine—a poor little shrew sort of critter, chased by a monstrous version of B0B—erupts into the classic night–terror.
OH NO... OH-NO-NO-NO!
IT SEES ME! 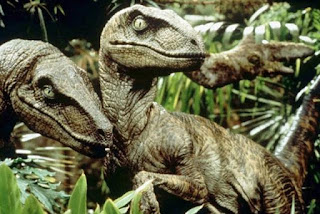 On these occasions, I scream. That either wakes me up, or brings my husband in to shout, "For God's Sake, woman!!"  In that case, I’m the pain in the collective wanna-be-sleeping-ass.


The other night, however, I managed to wake myself up from a near-miss with one of these scream dreams. This particular one had been of the War of the Worlds variety, the kind where you are about to be sucked up onto a booming malevolence hovering overhead. Fortunately, on this occasion, before the mental crescendo of terror, I’d managed to come to by myself.

Still feeling jumpy, I eventually righted myself for a walk to the bathroom. Might as well do that, since I’m already awake. However, upon rounding a corner into a space nominally illuminated by a night-light, I encountered something I hadn’t expected, a moving silhouette, humanoid, the head round. The body was tall, very thin and the arms seemed to dangle in a loose and unmatched way, like something out of The Walking Dead.


I shrieked.  It did too, so I hauled off and punched it in the chest as hard as I could. After all, the thing was bigger, but it didn’t appear all that steady on its feet.


Maybe, if I could knock it off balance, I could escape…


A thud and a warm breast bone crunched against my knuckles. The creature spoke.
“Ow!” and then “Hey! What the hell?”

As I said at the beginning of this, old folks wander in the night. As you might have expected, my husband and I had unexpectedly encountered one another in the half-dark, and both of us, still groggy, had had quite a scare. Hard on the heels of fear had come irritation, then embarrassment, at last resolving in the only possible way--with a laugh.

~~Juliet Waldron
All my historical novels:
http://www.amazon.com/-/e/B004HIX4GS
And while you're reading, hop on over to these other talented Books We Love Authors: