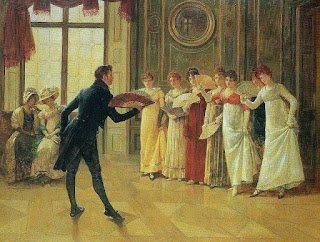 I'm one of the featured authors this week at Books We Love, with interview and an excerpt from my most unloved book, RED MAGIC.


Some twenty-five years ago I worked my tail off to write a full blown, old-fashioned traditional heroine-in-jeopardy romance, but you can see how well that worked out, especially if you check out some of the puzzled/and/or/angry reviews my attempt received.  Caterina is not a heroine to start with. She's more of headstrong child, but she becomes a veritable Valkyrie in the course of the book. Likewise, her husband, the celebrated rake, Christoph von Hagen, who featured in such a studly way in MOZART'S WIFE, evolves into a good husband, although the child bride with whom he's been saddled is often a genuine teen-age pain.

I responded, in my contrary way, to all those I disappointed, by making RED MAGIC the start of a series. The next story, BLACK MAGIC, belongs to tall, dark Goran, the eldest son of Caterina and Christoph, and the fateful encounter he has with an ancient Power which inhabits his birthplace. All of this takes place on the majestic Alpine Heldenburg during the 1820's, when Europe is still bruised and bleeding from the Napoleonic Wars.  Goran, a weary, war-worn cavalryman, has come home hoping to recuperate and to get married, but in Vienna he discovers that his fiancé has eloped with a wealthy, debonair older man, dashing his dreams. I hope to have this story completed before Christmas, and see if another attempt at a popular formula will prove more pleasing.

WHITE MAGIC and GREEN MAGIC are on the drawing board. After all, Christoph and Caterina have a family of handsome sons and beautiful daughters, just as you'd expect. The next two books, however, will be set in the England and Cornwall. In the first, Goran von Hagen's twin sister, Mina, will marry an Englishman and encounter the feisty Little People who believe they are the true proprietors of the family estate. 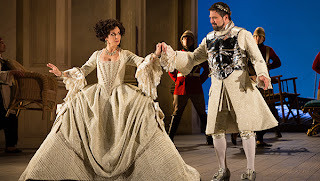