For Flowery May Day, My Nanina 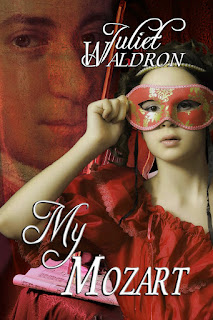 My Mozart ~~ passion and music
I’ve always prided myself on careful research on the historical characters who star in my novels. I’ve certainly done so in Mozart’s Wife, and although there are those who don't like my characterizations, there aren’t many who can reasonably disparage the research. Interpretation of fact, when dealing with historical characters, is always tricky. We weren’t there and we’ll never know what exactly did happen. All we have are the documents, letters, diaries, newspapers and hearsay. From those, the historical writer does the best that he/she can.  Two hundred and fifty years (roughly) is a long time for “the truth” to survive. 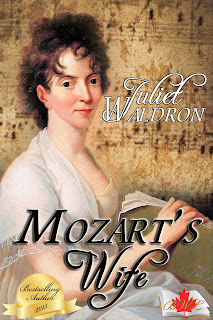 Mozart's Wife ~ at Amazon
My Mozart is another kind of story. While the characters are the same people who appear in Mozart’s Wife, they are viewed through another narrator’s eyes. As in Rashomon—or in many court cases—witnesses, even those with the best intentions, often tell conflicting stories. Back in the mid-eighties, when I wrote My Mozart, I was unable to discover much about the life of Anna Gottlieb. What there was in German and not translated or easily available here. As a result, I fictionalized my heroine. The historical Anna and the one I created are, in many ways, quite different. 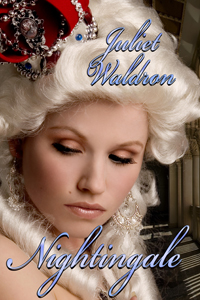 Nightingale ~~ Dark Vienna
Here is a brief outline of what I have since learned about the historical Anna Gottlieb. She was born into a theatrical family who worked for the National Theater, just as mine was, however, in real life, she was one of four daughters. Anna was five when she played her first noted role at the Burgtheater.  Aged twelve, she played Barbarina in Mozart’s Figaro. At fifteen she played ‘Amande’ in Wranitzky’s Oberon, King of The Elves. At seventeen, she was Mozart’s Pamina in The Magic Flute at The Theater Am Weiden, which would be the peak of her career.  According to Agnes Selby, author of the well-respected  Constanze, Mozart’s Beloved,  a much older Anna was to remember: "The immortal Mozart created Pamina for me, and the same voice which is now unpleasant to you, was the delight of the great master, and I was, proud as a queen, carried on the waves of applause." She also recalled his gift of a beautiful fan given her by Mozart in appreciation of her artistry.
After Mozart’s death, Anna “defected” to the Leopoldstadt Theater. In 1798 she played the part of ‘Hulda’ in The Nymph of the Danube. She was famous as a mimic, and she often parodied reigning prima donnas. According to Grove, during this time she was “a mainstay of the company.”


The Napoleonic Wars ruined the economy and disrupted the ancient social and patronage system. After a four year’s absence, occasioned by war, Anna returned to the Viennese stage in 1813. Sadly, her voice and looks were now in decline. As a result, she now played smaller roles in comedies and often played old women. In 1828, a new director of the theater, Steinkeller, dismissed her. Lacking a pension, she fell into poverty. She unsuccessfully petitioned the Emperor for a pension. In 1848, she contacted the newspaper editor L.V. Frankl, to describe her plight, and he organized a fundraising campaign which sent her to Salzburg to view the unveiling of the Mozart memorial, which she longed to see.  In one memoir concerning that day, Anna is thus described: “There entered a tall, thin and eccentric looking old woman…”  She was the last surviving singer who had actually worked with Mozart. 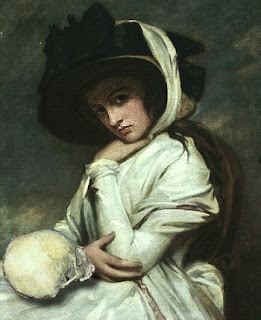 So it appears that My Mozart is more “historical fiction” than semi-biographical. In my defense, I’ll plead that I’d fallen in love with the composer. As anyone who has caught the all-consuming Amadeus bug knows, this isn’t a minor ailment, nor is it unusual among people who adore music.  The effect of a Mozart Possession is visceral, shattering, as I’d imagine a gigantic dose of Ecstasy. I was Mozart’s fan, body and soul, and I wanted to write a story which expressed my love, my longing, and, most of all, the physical pleasure which his music brought to me. To write such a story,  I needed a narrator, someone who could be that delirious, head-over-heels fan. One evening, while reading Otto Erich Deutsche’s Documentary Biography of Mozart , I came across this quote:


"Most painfully affected of all by Mozart's fatal illness was Fraulein Nanina Gottlieb..."


That was when I knew who the heroine --the ultimate, passionate Mozart fan--must be! 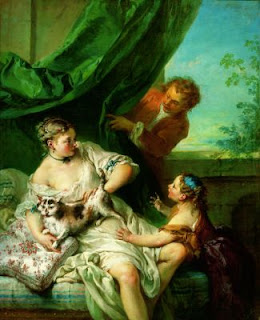 There is another matter to consider, too, and to me it’s not a small thing. As a writer, I’ve created many characters, working from the rough outline in my mind, until these “playmates” begin to talk and walk on their own, to tell me their stories. Nanina was different. From the evening I saw Joseph Deiner’s remark, I was visited by a presence--graceful, feminine—and deeply anguished. She came in the dark hours and sent me to the computer to write for most of the night, write a story as I’ve written no novel since. Pictures would arrive; I’d hit those keys. As I worked with “her,” I typed ever faster, while a story of a perfect first-and-only-love, of loss and of madness poured out. There was very little editing done until much, much later.


Call it “automatic writing” or whatever you want. I’m not a big fan of categorizing paranormal events, although I’ve had more than a few in the seventy years I’ve been on the planet.  Whatever this unique experience was, I felt honored to be the chosen channel for a sensitive, talented individual—perhaps a beautiful soul from a time in Vienna where, ever so briefly, lived and loved a matchless musical genius.


And, if you've got a moment, hop on over to these other talented Books We Love Authors: