Longing for excitement, Elfie is discovered by those reckless night rovers, Dina and Ripley, sitting in the porch swing after everyone else is asleep... 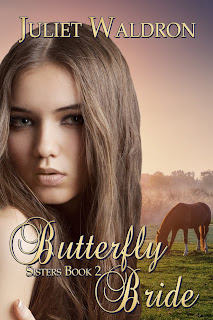 Coming this week to Books We Love


Elfie sat alone in the porch swing, rocking gently and enjoying the cool night air and the distant hiss of the millrace. She was tired too, certainly. Everything here was still so strange. There was so much work to do each every day. And every day started so early!


Still, she couldn’t get to sleep early like the rest of them, no matter what she did. She was grateful beyond measure that she wasn’t going to the wheat harvest as Sophie had had to last year.. Half awake and yawning, she’d stand at the sink and do dishes with Celeste’s help, and this allowed Ruby and Olive to get a head-start on dinner preparations. Then, in the brief lull which followed, listening to the sound of vegetables being chopped, she’d sit on the porch and, after rubbing some salve into her dry hands, drink a cup of bitter, strong coffee with a lot of milk and sugar, and nibble on whatever was leftover. It didn’t take her long to eat, as she’d never been much for a big breakfast, either, and then she could go down to the garden and weed or pick, or sit and sew, or—oh ghastly!—iron on the sweltering porch until the mill hands arrived for their dinner.

And the clean-up would begin all over again…. 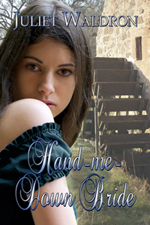 Upstairs, the baby woke with a long snuffling cry. She heard the sound of movement and some muffled words, as Sophie arose. They must have just barely gone to sleep, Elfie thought, and almost at once were awakened again.


What a great deal of trouble babies were! She didn’t think she was ready for all of these things which came along with getting married. It seemed that there was enough work to do every day on a farm without adding a baby.


When she’d said that to Sophie, her sister had smiled with amusement and replied, “Well, then, little sister, we will just have to find you a city gentleman.”


Sometimes Elfie heard horses coming and going from the big house on the hill late in the evening. She’d learned it was Ripley King and his college friends. Not often that they drove down this street, though. Usually the sound faded away toward Grace Church Hill. Just over that, she’d learned, was a long straight road between cornfields on which the local wild boys raced their horses on moonlit nights. Karl admitted to having indulged himself in this when he’d first come home after the war. Apparently, his fine horse, Buck, had won quite a few races that summer, a thing he was both a little proud of and also, nowadays, a little embarrassed.


Tonight, as Elfie listened, she heard the distant clop-clop-clop of a trotting horse. And sure enough, it was, for down the road below the house came the rattle of a trap, and the rhythmic sound of hooves on the summer-hard dirt.


Well, this was something different!


The horse slowed. Then, at a walk, she heard the carriage turn into the lane that led to the house. Elfie stood and picked up the lantern turned low which she’d set on the side table. Holding it, she illuminated the steps sufficiently to go down.


Geese began a jittering squawking noise in the barn as the trap approached. “Whoa,” someone said softly, and it drew to a stop.


“Miss Elfie Neiman!” A feminine voice pitched low called. “Is that you?”


Elfie, intrigued, walked closer and lifted her lantern to reveal a shiny trap drawn by a big chestnut horse with a white mane and tail, one she’d seen before. The horse tossed his head and snorted, not much liking to stop. Looking down at her from the seat was a blonde girl in a spoon bonnet about her age. Driving, which she’d known as soon as she’d had a good look at the horse, was that very same fellow from the train station wearing a straw Nattie hat at a rakish angle. His white teeth flashed as he smiled down at her.


The young woman extended a gloved hand. Elfie, using the one which was free, reached up for a clasp.

Posted by Juliet Waldron at 8:38 AM